Places have always known to be haunted, but what about objects?  On August 31, 2012 Lions Gate will be releasing the “based on a true story” film, The Possession. Originally titled The Dybbuk box, it centers open a mysterious box that is found by a little girl who suddenly becomes possessed by its demonic-like qualities.

Since the beginning of the Paranormal Activity series, there seems to have been an onslaught of either found footage or based true story genre films.  But could this story have any truth?

Is the story behind the Possession movie true?

Well according to Los Angeles Times, in 2004 such a box actually existed and was sold on eBay to John Haxton, a museum curator for a whopping $280.

A small wooden cabinet went up for auction on eBay. Inside were two locks of hair, one granite slab, one dried rosebud, one goblet, two wheat pennies, one candlestick and, allegedly, one “dibbuk,” a kind of spirit popular in Yiddish folklore.

The seller, a Missouri college student named Iosif Nietzke, described the container as a “haunted Jewish wine cabinet box” that had plagued several owners with rotten luck and a spate of bizarre paranormal stunts.

“We have definitely seen a tidal wave of ‘bad luck,’ ” the seller wrote on eBay in the first week of February. “Most disturbingly, last Tuesday, my hair began to fall out. I’m in my early 20s and I just got a clean blood test back from the doctor’s….”

Within days, the box’s opening bid of $1 jumped to $50; that value soon quadrupled. On Feb. 9, the box sold for $280 to a university museum curator named Jason Haxton.

In the months after, the hype surrounding the wooden box has mushroomed. The Forward, a 107-year-old Jewish newspaper on the East Coast, ran a story about the box’s sale and supposed otherworldly powers. Since then, the eBay auction page has logged more than 140,000 hits.

Dybbuk boxes are real and we at livescifi.tv has acquired one…For those that don’t know a Dybbuk is a malicious or malevolent possessing spirit believed to be the dislocated soul of a dead person. Dybbuks are said to have escaped from Sheol or to have been turned away for serious transgressions, such as suicide, for which the soul is denied entry. The word “dybbuk” is derived from the Hebrew דיבוק, meaning “attachment”; the dybbuk attaches itself to the body of a living person and inhabits the flesh.

According to belief, a soul that has been unable to fulfill its function during its lifetime is given another opportunity to do so in dybbuk form. It supposedly leaves the host body once it has accomplished its goal, sometimes after being helped.

Whether or not the movie or even the box for that matter is nothing but more than elaborate remains to be proved.  However Dybbuk’s in the Hebrew culture has existed for thousands of years, and if that is not frightening enough then what else could be. 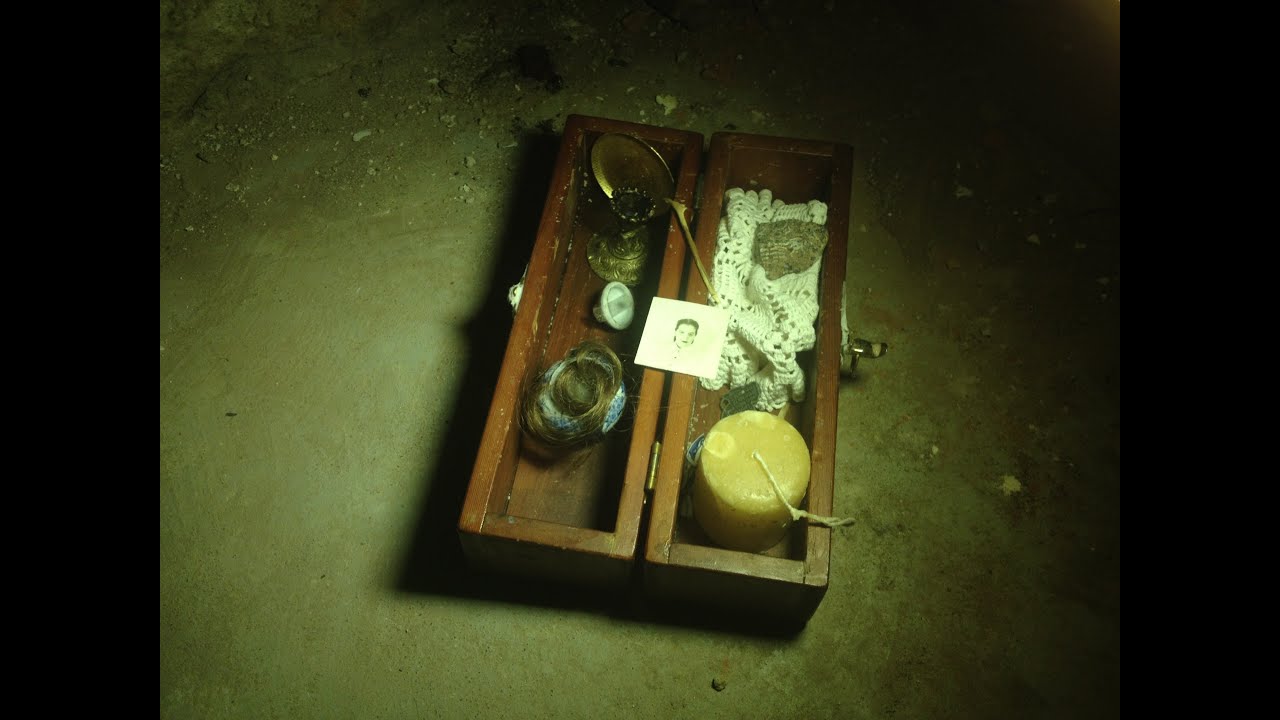