During our 2018 Sallie House paranormal investigation, we decided to summon the demon Lilith.  Below are step by step instructions on how to summon this demon.

In our attempt to summon an infernal being, we looked to an ancient text called The Munich Manual of Demonic Magic. This obscure book provided the necessary documentation outlining how to call upon a demon. We proceeded cautiously as we delved deeper into these strange rituals, only to discover that none other than Lilith would be joining us at its completion. 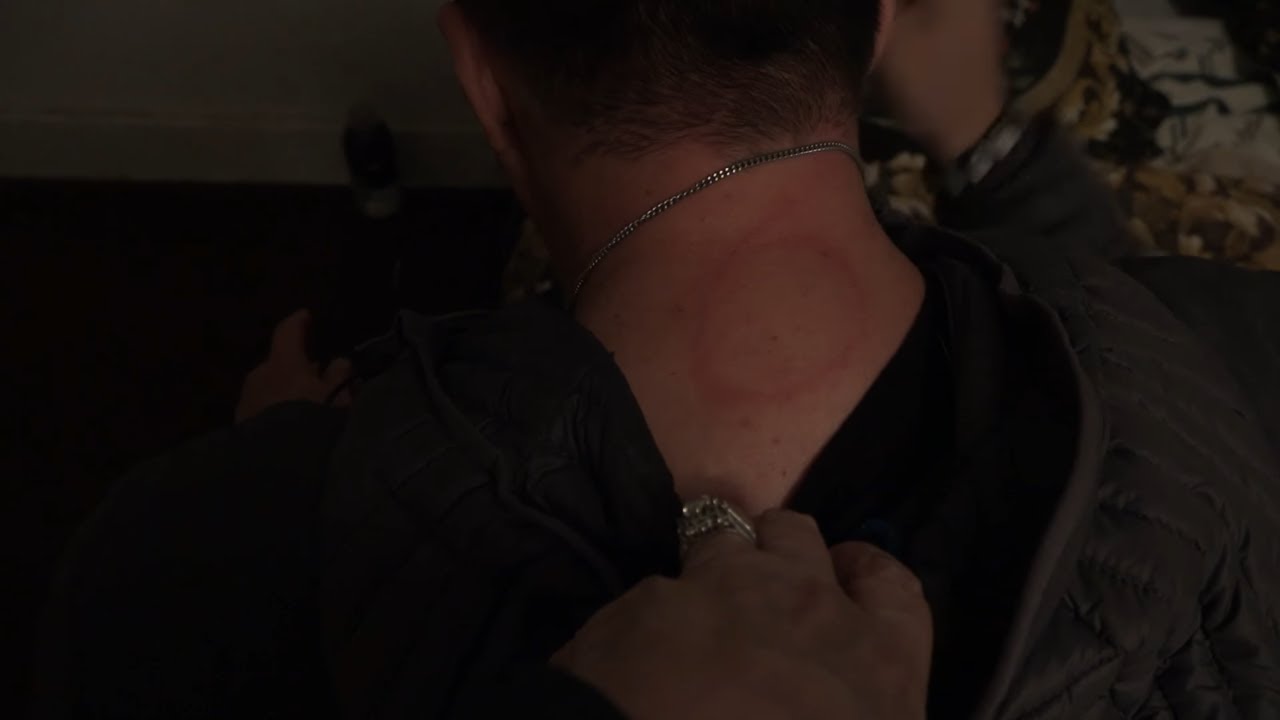 I have to admit that I was a little freaked out doing this ritual in a real haunted house, but the paranormal evidence that we captured was pretty impressive in the video.  The paranormal video shows how to summon the demon Lilith, and what happens as a result of doing so.

How to summon a demon, from the Munich Manual of Demonic Magic

The Munich Manual of Demonic Magic (CLM 849 of the Bavarian State Library, Munich) is a fifteenth-century grimoire manuscript. The text, composed in Latin, is primarily concerned with demonology and necromancy.

Richard Kieckhefer edited the text of the manuscript in 1998 under the title Forbidden Rites: A Necromancer’s Manual of the Fifteenth Century. Portions of the book, in English translation, are presented in Forbidden Rites as well, embedded within the author’s essays and explanations on the Munich Manual in specific and grimoires in general. The book has yet to be published in translation in its entirety.

“Now the mirror ought to be made in the shape of a round shield, or some other way that you may prefer.  On the rim thereof, paint the following names: Deus Sanctus, Dues Omnipotent, Deus, Fortis, Deus Immortalis, Pater Futuri Saeculi (God the Holy, God the Omnipotent, God the Immortal, Father of the Age to Come).  And around the upper sides the greater seal of Solomon is painted, just as is shown in the figure given below.  Thereafter, frame it in the same way as any glass or mirror.  Once this is done, take it silently and secretly to a crossroads or to the seplucher of some murdered person, in the evening dusk, on a day of Mars or Saturn, and the say this conjuration:

I conjure, Lylet, and your companions, by Alpha and Omega, by the first and the very last, Abiel, Rotbons, Cafre, O God, O suffering Christ most renowned, On, Eli, Elion, Messias, Sabaoth, Adonai, Emmanuel;

I conjure you likewise, Lylet, and your companions, by the annunciation of our Lord Jesus Christ, and by his nativity, and by the coming of the Holy Spirit, the Paraclete, that in whatever hour l call you, you shall appear to me in this mirror with your companions, and show me truly a response or sign of that thing which I shall wish to know.

Before summoning a demon, it is always important to research history.  The demon Lilith (/ˈlɪlɪθ/; Hebrew: לִילִית‎ Lîlîṯ) can first be found in Jewish mythology. Developed earliest in the Babylonian Talmud (3rd to 5th centuries). She is often envisioned as a dangerous demon of the night, who is sexually wanton, and who steals babies in the darkness. The character is generally thought to derive partly from a historically far earlier class of female demons (lilītu) in ancient Mesopotamian religion, found in the cuneiform texts of Sumer, the Akkadian Empire, Assyria, and Babylonia.

In Jewish folklore, from the satirical book Alphabet of Sirach (c. 700–1000) onwards, Lilith appears as Adam’s first wife, who was created at the same time (Rosh Hashanah) and from the same dirt as Adam – compare Genesis 1:27. (This contrasts with Eve, who was created from one of Adam’s ribs: Genesis 2:22.) The legend developed extensively during the Middle Ages, in the tradition of Aggadah, the Zohar, and Jewish mysticism.

For example, in the 13th-century writings of Isaac ben Jacob ha-Cohen, Lilith left Adam after she refused to become subservient to him and then would not return to the Garden of Eden after she had coupled with the archangel Samael.

Evidence in later Jewish materials is plentiful, but little information has survived relating to the original Sumerian, Akkadian, Assyrian, and Babylonian views of these demons. While the

connection is almost universally agreed upon, recent scholarship has disputed the relevance of two sources previously used to connect the Jewish Lilith to an Akkadian lilītu—the Gilgamesh appendix and the Arslan Tash amulets.

In Hebrew-language texts, the term lilith or lilit (translated as “night creatures”, “night monster”, “night hag”, or “screech owl”) first occurs in a list of animals in Isaiah 34:14, either in singular or plural form according to variations in the earliest manuscripts. In the Dead Sea Scrolls 4Q510-511, the term first occurs in a list of monsters. In Jewish magical inscriptions on bowls and amulets from the 6th century CE onwards, Lilith is identified as a female demon, and the first visual depictions appear.

Dangers of Summoning a Demon

I do not recommend that anyone tries to summon the demon Lilith using this ritual as the danger of suffering a demonic attack, or demon possession is very real. As a result of performing this ritual, I received numerous demonic scratches (which are in the video below), and had horrific nightmares that lasted for months.

Some of the main reasons why I wanted to try the demon-summoning ritual is that I have always been a firm believer that mirrors can be used as portals to the other side.  Another reason was the bloody sweater that was uncovered at the Sallie House.  The Lylet mirror would give information as to what possible crimes had taken place at the house in the past according to the ancient texts.  The communication that would be received from the mirror would be visually given by the summoned demon lord Lilith.